Dwayne Johnson, one of Hollywood’s biggest A-List actor ever, used to play the role of Luke Hobbs, a former agent of the Diplomatic Secret Service in the Fast and Furious franchise before he opted out of this role due to a feud with his co-actor Vin Diesel at that time.

Dwayne ‘The Rock’ Johnson entered the Fast and Furious franchise in 2011’s Fast Five and continued his role for another three movies – Fast and Furious 6, Furious 7, and The Fate of the Furious, before exiting the scene. 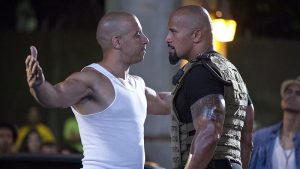 Dwayne Johnson and Vin Diesel’s Drama
Dwayne Johnson’s last movie with the franchise was The Fate of the Furious which was a major success as it crossed over one billion dollars at the box office. However, the fans got a whiff of what was happening behind the scenes when Johnson shared a revealing post on Instagram about their differences, which he later deleted.

The Black Adam star accused Vin Diesel of “manipulation” and also rejected multiple invitations from Vin Diesel to rejoin the franchise as Dwayne Johnson in an interview with CNN said,

“I told [Diesel] directly that I would not be returning to the franchise. I was firm yet cordial with my words and said that I would always be supportive of the cast and always root for the franchise to be successful, but that there was no chance I would return”. 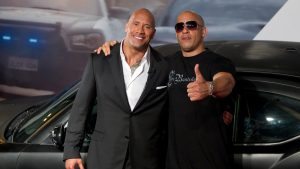 The Rock later added that when they had a talk among them in his trailer, it was from the conversation that he realized that their ideology were polar opposites and both of them decided to drop the topic of conversation.

“Some (male co-stars) conduct themselves as stand up men and true professionals, while others don’t. It caused a firestorm. Yet interestingly enough…[it was] as if every single crew member found their way to me and either quietly thanked me or sent me a note.” 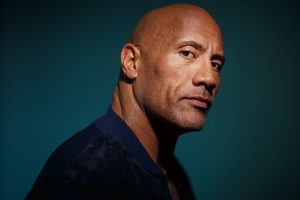 So not only The Rock but also many other co-stars felt that way during their time with Diesel. Johnson later said that Vin Diesel’s post was an example of his “manipulation” and he also didn’t like that he brought up his children in the post along with the late actor Paul Walker’s death.

The 2019 spin-off Fast & Furious Presents: Hobbs & Shaw featuring Dwayne Johnson and Jason Statham as the titular leads was the last film that The Rock appeared in for the franchise as Luke Hobbs.