“One time I got my A** Whooped”: Even the Mighty Dwayne Johnson Got Beat Up in a Street Fight, Admits He Was Stupid

Remember when you were a teenager filled with angst? It was a wild time for everybody, and of course, all that bottled-up angst must’ve led to some fights as a teen with many various people. Getting into a fight is one experience that everybody shares and even big-muscled movie stars like Dwayne Johnson have had them!

When fans think about Dwayne Johnson, they would immediately think of this 6’4 tall wrestler who won title after title during his time at WWE. He was damn good at beating up his rivals and all, but when an actual fight occurred during his younger years, Johnson didn’t fare very well. 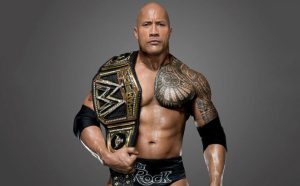 The One Time Dwayne Johnson Got Beat Up By Several Guys
Despite being the menacing figure that he is when angry, Dwayne Johnson is one such man to whom you can safely apply the phrase “Don’t judge a book by its cover”.

As everyone who has somewhat followed him on social media would know, The Rock is actually a very sweet human being who also happens to be an actor (a brilliant one at that). But then, he has to be like that because, after all, he has three kids to raise! Regardless of how calming his demeanor is nowadays, everyone starts out rough. And to condition yourself to a point where you can take the beating a wrestler can take, you really have to harden yourself like the Black Adam star did before he became the star that he is today.

During an old interview that he gave on The Howard Stern Show while promoting The Scorpion King back in 2002, Johnson spoke about his life before he became The Rock. He reminisces about how rebellious he was as a young man-

“I was arrested four times and it was all for-” – Johnson

“And you won every one of them didn’t you” – Stern

“No one time I got my ass whooped…it was plural (got beaten by several guys). It was one of those stupid things I said after 15 stand after school and I fought this one guy and he had all his buddies with him and they beat the living piss out of me” – Johnson

However great the number of people are on your side, picking a fight against Dwayne Johnson must’ve taken quite the guts. Whoever it was, he’s lucky Johnson’s mellowed out now!

Dwayne Johnson Punched A Man and Saved His Life
It would be quite absurd to think that causing harm to someone would help them in any way, let alone save their life. Well, Dwayne Johnson did in fact save someone’s life once by… punching them! During his appearance on The Howard Stern Show, the San Andreas star spoke about an incident where he had beaten up a person, eventually leading to that person’s admission to the hospital.

“I hit this one guy when I was fifteen, it sounds a little self-serving and I didn’t know he wound up having a brain tumor. I had no idea. He hit his head against the wall and went down, I kept punching him and he had to go to the hospital and they found out that he had a brain tumor.”

Talk about having a touch of gold! Given the person got the proper treatment required for removing the tumor, The Rock had inadvertently saved his life. Happy ending for both sides? Maybe.

The Scorpion King is currently available for streaming on Netflix.