“They haven’t called me”: As James Bond Fans Circle Around Henry Cavill, ‘Little Women’ Star James Norton Out of 007 Race

Henry Cavill wasn’t the only one who potentially could become the new James Bond. Out of the many actors who are possibly competing over a role that once belonged to Daniel Craig, it seems as if James Norton might be out of the picture already. The shoes that Craig left behind are difficult ones to fill, but ones that cannot be left empty for too long either. 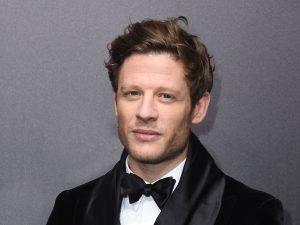 2021 saw Craig leave the character behind and with it arose the possibility of a newer and better version of James Bond. This new Bond could be a more improved character that would allow the creators to explore more of what their spy-self could offer. Even though there has been no confirmed casting news till now, the competition is far from being easy.

James Norton Is Possibly Not The Priority Option For James Bond
When asked about James Norton taking up the role of James Bond, the actor seemed rather unsure of it ever turning into a reality. Even though he is in the top five frontrunners for the role, it won’t seem that he’ll be picked out of the lot. Barbara Broccoli and Michael G. Wilson have a lot of potential actors fit to play a character so iconic and Norton is very much on it. 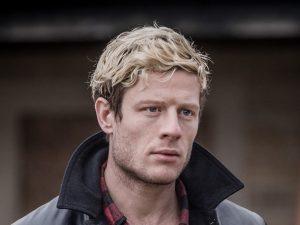 “They are thinking about what direction they want to take and they haven’t called me to be part of that conversation.”

Amongst the various contenders for the role, James Norton sits alongside Regé-Jean Page, Tom Hardy, Henry Cavill, and Aaron Taylor-Johnson. The choice for the two bosses to make is a difficult one at that, seeing that each of these actors has been receiving support from a massive uproar of fans. Moreover, seeing that Cavill already tried out for the role over a decade ago, this could pose for him to be both good and bad, considering that he had been rejected earlier. That, however, was much before his rise to fame, making things perhaps go smoother for him now.

Aaron Taylor-Johnson Could Perhaps Take Up The Mantel Of 007
Landing the role of James Bond is but a dream for most actors. They always try and fill themselves in the shoes of one of the highly sought-after and most coveted roles in the film industry. Craig is one of them who has surely left a lasting impression on every Bond fan and had very well if not perfectly filled the shoes of this huge role that his predecessor like Sean Connery, Roger Moore, and Pierce Brosnan left.

Being James Bond means having undeniably charismatic, intelligent, clever looks while being bold and handsome, and most importantly he can smoothly make his way through anything. Not just that, but he is quick on his feet, fearless, and would look like he could kill somebody with the right amount of threat in his eyes. A lot of famous actors had been audience favorites for playing James Bond but out of them all, Tom Hardy, Henry Cavill, and Aaron Taylor Johnson were seen as the frontrunners. Hardy is in the odds of 6-1 and is described by Broccoli as the second favorite; on the other hand, Henry Cavill and Aaron Taylor both are on 2-1 odds. Cavill, after leaving DC, seemed he would be the next Bond but Broccoli had clearly shown signs of Taylor-Johnson being the current favorite for the role.

In the end, what makes him an ideal choice is his age. Both Cavill and Hardy get limited by their age, whereas Aaron Taylor-Johnson can thrive with his possibly younger approach to the character.