“I always have an answer… I don’t know”: Henry Cavill’s Ex-Flame Kaley Cuoco Was Left Flustered When Asked if Superman Star is Really ‘Made of Steel’ in Bed

If there was ever a real-life enactment of the outgoing extrovert x nerd trope, Kaley Cuoco and Henry Cavill would be the peak representation in every romance novel, notwithstanding the early breakup. The Man of Steel actor was on the cusp of greatness and immortality when he spent an odd 12 days with The Big Bang Theory star before the pair called it quits.

The romance, no matter how short-lived or that it took place a decade ago, still occupies mass fascination that grows with time as the two actors find success in front of the lens and become fan favorites in their rights. 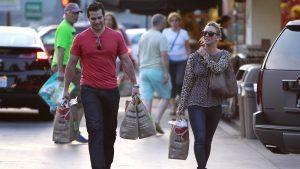 Kaley Cuoco Left Speechless on Andy Cohen’s Live Show
Kaley Cuoco, a vastly under-appreciated artist, gave the audience an unnerving performance as the hyper-social, borderline neurotic, adrenaline-chasing alcoholic in her HBO Max dark comedy thriller drama, The Flight Attendant. However, well before the series skyrocketed among popular circles, the actress had already become a household name with her acute comedic timing and shrewd on-point delivery as Penny in the long-running sitcom, The Big Bang Theory. 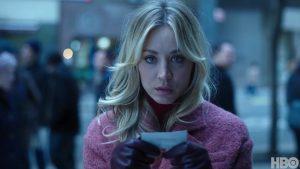 During a 2020 appearance on Watch What Happens Live! With Andy Cohen, the actress, who was out promoting her HBO Max series was faced with quite a perplexing question regarding her decade-ago romance with the Justice League actor, Henry Cavill. When asked — “Is the Man of Steel really made of steel?” — flustered, Cuoco proceeds to laugh at length before answering:

Even as both Andy Cohen and Anderson Cooper raise their eyebrows at the question, one can only imagine how much the audience’s expectations are for the pair to make an onscreen appearance together.

The Hollywood Rise of Henry Cavill & Kaley Cuoco
The untenable drama surrounding Henry Cavill delivered a gut-punching roller-coaster ride in the latter half of 2022. The actor, who finally had his Superman cape back, shortly after forsook not only his DC return but The Witcher as well. Following volatile outcries and mass protests, the DCU reconstruction at large overshadowed (and also put to rest) the contentious SnyderVerse and its long-dormant arc once and for all. Cavill now steps permanently out of the picture as DC’s Man of Steel and proceeds to establish his very own Warhammer Cinematic Universe with a live-action adaptation of Warhammer 40,000. 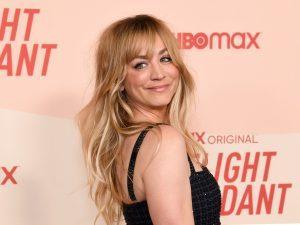 Kaley Cuoco, on the other hand, has finished her 2-season run as Cassandra Bowden, a flight attendant turned CIA civilian asset, and is already down for a third lap. Producer Greg Berlanti gave his go-ahead on the project’s continuation which means pre-production might start soon enough. Cuoco, however, already has other plans lined up for the foreseeable future and is set to star in the Peacock original thriller series, Based on a True Story, and as an assassin in the upcoming Thomas Vincent film, Role Play.

The Flight Attendant Seasons 1 and 2 are available for streaming on HBO Max.