“Stan Lee is forgetting who I am”: Robert Downey Jr Got the Biggest Compliment of His Life for Playing Iron Man After This Emotional Moment With Stan Lee

Robert Downey Jr. is most notably known for portraying the role of Iron Man in the Marvel Cinematic Universe. The actor who had no comparison for the role (his words not ours) revealed that he received the compliment of his life from none other than the Excelsior himself.

Robert Downey Jr in an interview on The Howard Stern Show talked about how he received the biggest compliment of his life from the creator of Marvel Comics, Mr. Stan Lee himself. During an interview dated to the year 2019, Robert Downey Jr. appeared on The Howard Stern Show. While discussing his role as Tony Stark/Iron Man in the MCU, the actor revealed something related to Stan Lee. 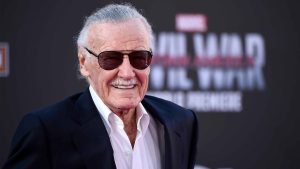 The talk came of whether Robert Downey Jr. had a chance to say goodbye to Mr. Stan Lee, the man who created it all, before his untimely passing. The Sherlock Holmes actor spent no time as he recalled his memories of the Excelsior himself and how he had received the biggest compliment in his life for portraying Iron Man by Stan Lee.

Howard Stern: Did you have a chance to say goodbye to Stan Lee at all? The guy who creted this whole universe?

Robert Downey Jr: The, one of the last times I saw him, we were uh shooting Civil War and his cameo that day was he was I think a UPS man and I think that he had a great line he goes ‘ey I have a package for Tony Stank’

Howard Stern proceeds further to ask Robert Downey Jr. what did he say to Stan Lee when they were in one of their last meetings. Although Stan Lee had nailed the first shot, the shot was reset and Stan Lee had to do it again. Robert Downey Jr. narrates how Stan Lee forgot the difference between Tony Stark and the Dolittle actor and that’s what was the best compliment that Downey Jr. had received.

“And after that [the resetting], he started saying ‘I have a package for Robert uh…’ and I started ‘oh my god! It’s wild’. Even a guy who created the character thinks of me in a moment where he is talking about the character and this is so meta. Stan Lee forgets who I am in that moment!”

Stan Lee was a huge part of the Marvel Cinematic Universe on the screens since he appeared in cameo roles throughout almost all the movies. The American comic book writer passed untimely on 12th November 2018 before seeing Avengers: Endgame appearing on the big screens.

Suggested: ‘Movie Came To Life Every Time You Were On the Screen’: Viral Video of Comic Book Legend Stan Lee Praising Chris Evans For His ‘Personality and Exuberance’ Has Fans Crying

When Robert Downey Jr. Felt There Was No Other Iron Man 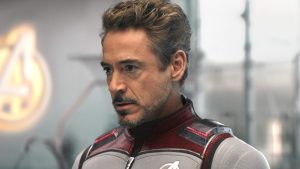 During the earlier days of the MCU when it wasn’t formed properly, Marvel Studios released Iron Man back in 2008. Starring in the titular role was Robert Downey Jr. who was loved by audiences around the world. With a high ego and overconfidence, the character of Tony Stark was difficult to master by the actor, and thus, he had to pretend that there was no other that could be Iron Man except him.