After five James Bond movies to his name, it is time for Daniel Craig to put down the gun. His run as James Bond started in 2006 with Casino Royale and ended in 2021 with No Time to Die. With Daniel Craig now moving on to bigger and better things, the question arises – who is going to be the next 007 agent? 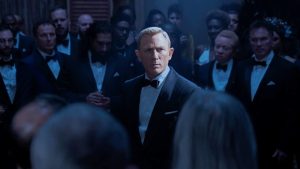 Of course, fans have their own favorites lined up to play the role. From Tom Hiddleston to Henry Cavill, a lot of actors seem to be perfect when it comes to playing the next James Bond. Who actually will emerge victorious is something only time will tell. While Henry Cavill has his own separate fan base that supports him playing the famous spy, there is another actor who is slowly making his way into the fan-favorite list – Chiwetel Ejiofor. 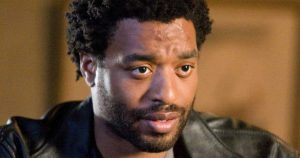 While Henry Cavill might be the choice of the fans to play the next James Bond, he is only second with actor Aaron Taylor-Johnson leading the list and even rumored to be the one taking on the role of the spy.

There is one more name who fans have been talking about, stating that he would make the perfect James Bond. According to the information shared by William Hill, Chiwetel Ejiofor, who played Baron Mordo in the Doctor Strange franchise, is closely following Cavill in the list of probable James Bonds. Along with these three actors, there are other names too, namely, Dan Stevens, Richard Madden, and Regé-Jean Page.

However, the one most likely to play James Bond is Aaron Taylor-Johnson as rumors are quite loudly pointing in the actor’s direction. According to Deuxmoi, Instagram’s most popular source for everything Hollywood, an anonymous source stated that the Avengers: Age of Ultron actor will be the next Bond and a “mini trailer of him doing the famous Bond shot is going to be released in March/April 2023 to announce him as the new actor.”

Although, nothing has been confirmed as of yet, and these are all rumors and speculations. Fans are still quite welcome to root for their choice of James Bond!

Chiwetel Ejiofor’s Co-Star Backs Him Up 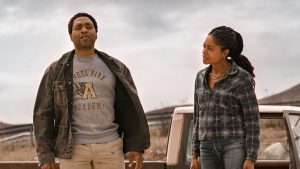 Naomie Harris, who has been a part of the James Bond franchise playing Eve Moneypenny in Skyfall, Spectre, and No Time to Die, appeared on Good Morning Britain. While talking to the hosts, Harris stated that she was thrilled to find out Ejiofor is in the running to play James Bond.

“We were walking the red carpet yesterday and apparently Chiwetel’s name is on the list of people to be the next Bond. I didn’t know this but I’m down for that!”

Harris and Ejiofor are co-stars in The Man Who Fell to Earth where the former plays a scientist and an engineer while the latter plays an alien arriving on Earth. Looks like Harris is really rooting for her co-star on this one! To add to Ejiofor’s fan base, Harris isn’t the only one excited to see him play Bond, a lot of his fans have taken to Twitter to express their desire to see him play the new Bond. 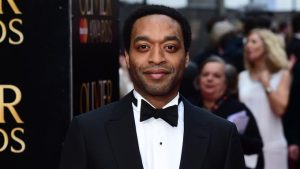 While Taylor-Johnson appears to be leading the pack, Ejiofor might not be a bad choice either. For now, all fans can do is wait and see who will be playing the famous 007 agent.

Daniel Craig’s last run as James Bond in No Time to Die is available to stream on Amazon Prime Video.